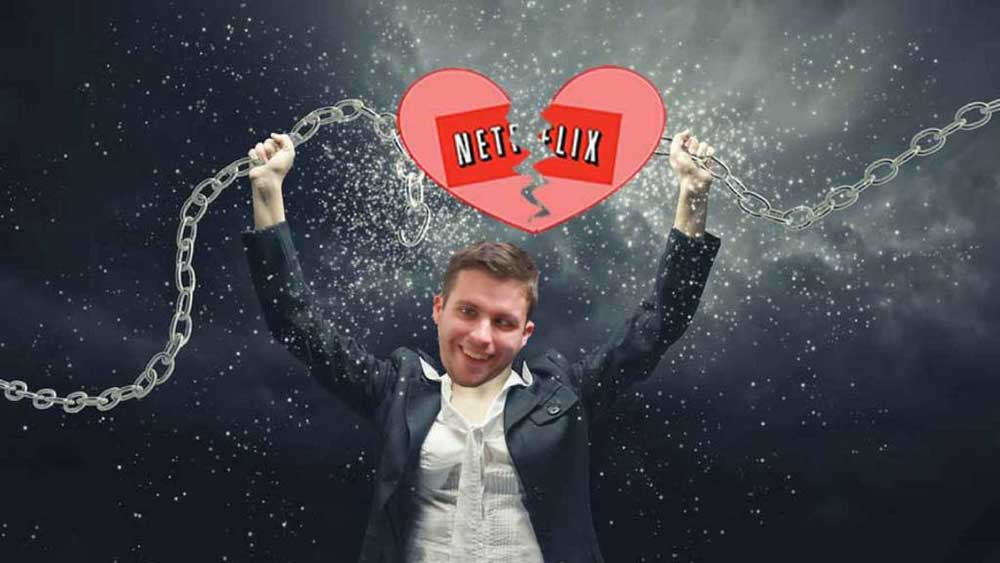 PRO TIP: If you can’t be bothered to read 1,000’s of words right now, you can listen to the podcast episode right here. ????

I’m no different than anyone else, I love a good story.

But I’ve never been interested in reading for entertainment. I read all day, every day as part of my work and personal studies. When I’m looking to unwind at the end of a long day, the last thing I want to do is read.

But, tell that same story through film and I’ll be hooked.

So, when Netflix came along and offered unlimited streaming of all kinds of movie goodness for a small monthly fee, how could I say no? I signed up right away.

And this was before Netflix even started to get into original programming. They simply licensed other movies and TV shows and distributed them to the masses.

We live in what is considered to be the Golden Age of television. There have never been more high quality shows on TV. The storytelling and production value found in most shows today would have been Best Picture nominations decades ago.

Companies like Netflix have played a big part in that.

And yet, I’ve slowly been weaning myself off of my favorite streaming services, culminating in the cancellation of my Netflix account a couple of months ago.

Here’s why I did it, and why I have zero regrets.

Netflix directly opposes everything I want to accomplish

In the old days of television, watching a TV show was a slow burn. The studio released a new episode each week, and you had to sit down at the exact time it was broadcast to watch it.

When Netflix started creating their own TV shows, they decided to do it differently. They would release the entire season at once. The length of these seasons ranged anywhere from 8 to 20 hours of content.

And, just like that, the habit of “binge-watching” was born.

The interesting thing is, this term is largely considered humorous by pop culture.

“To indulge in an activity, especially eating, to excess.”

Excess. As in more than is needed, or even healthy.

The word “binge” has always been used in a negative context, and rightly so. If someone regularly binges on food or alcohol, people don’t treat it as a joke, they get that person help. It’s a sign of addiction and illness.

So why do we treat binge-watching differently? Is it any less harmful?

Watching too much TV has already been well documented to be bad for your physical AND mental health.

Yet here we are, making light of it and even encouraging it with stupid things like candles that burn different scents as you “burn” through episode after episode. Netflix is addictive, plain and simple. I often found myself watching Netflix simply because it was just there. Sometimes, after watching an entire season of a show I heard good things about, I’d think to myself: “Meh, that was OK I guess”.

And as soon as you’re done one show, Netflix so helpfully suggests dozens of others to waste your life on.

It is designed to destroy your focus and numb you into submission.

No more. Can’t do it. Time is our most valuable resource, and I’m certainly not going to continue to waste it on “meh”.

Netflix is full of depressing filth As our world becomes ever more desensitized to violence, sex, and language, entertainment only gets more extreme. The “boundaries” continue to be pushed further.

Just take a look at the most popular shows on TV, and see if you can find a common thread.

And the shows that don’t necessarily have explicit content still manage to be about darker themes. Everyone wants to be DARK. Disturbing, shocking, grotesque, downright depressing.

People choose to believe that these types of entertainment have no negative effects on us, or our children. The evidence shows otherwise.

Browse through Netflix’s original content, and you’ll be hard-pressed to find anything that doesn’t have a Mature rating.

And even the PG and PG13 content often has “edgy” material.

Recently, Netflix made the decision to allow hardcore pornography on their platform. (there’s plenty of news about this out there, but I won’t link to it)

That was the final straw for me.

You are what you eat, and that includes what your mind ingests. Try removing this type of content from your life and see the difference it makes.

Removing Netflix from your life improves your conversations You don’t realize how much your conversation with others relies on general pop culture until you are no longer absorbed in said pop culture.

Put simply, we make a lot of small talk.

I’m not writing off all of pop culture, of course. I enjoy a lot of it as much as anyone else, that’s why it’s called popular culture. I’m a big sports fan, arguably the biggest category of pop culture. (sometimes to an unhealthy degree)

But, how often do we dare to have conversations outside of it?

We rely on pop culture to fuel our conversations because we know that’s the easiest way to find common ground with another person.

But how meaningful is it?

Can you remember the last time you talked to someone about Making a Murderer? or Stranger Things? or Luke Cage? I guarantee that you did at some point, but it’s long gone from your memory. Because it’s ultimately just filler.

By removing Netflix from my life, I’ve eliminated a healthy portion of my pop culture diet. It forces me to come up with other (hopefully more meaningful) things to talk about with others.

I’ll admit that it’s not always easy. When I hear others talking about the latest hit Netflix show, the part of me that craves beautifully made television stories starts to bubble to the surface.

But then I just find other, more up-building things to fill that time with. I have more time to write, for example. And the more I hone my craft, the more I enjoy it.

And I can honestly say that cancelling Netflix, and quitting TV in general, was the single biggest thing that transformed my web design business. Not even exaggerating.

If you watch a lot of Netflix, like I did, I encourage you to try removing it from your life for just 30 days. If you don’t feel like it’s made a positive impact on your life, you can always jump back on the binge-watching bandwagon.

Because that thing clearly ain’t slowing down anytime soon.

Still want to watch something, but can’t take Netflix anymore? Try these 6 healthy streaming alternatives instead! 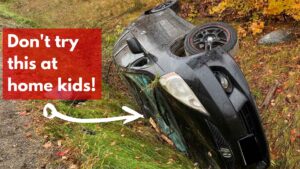 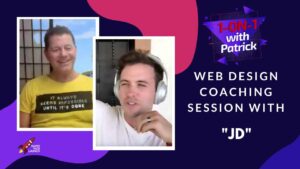